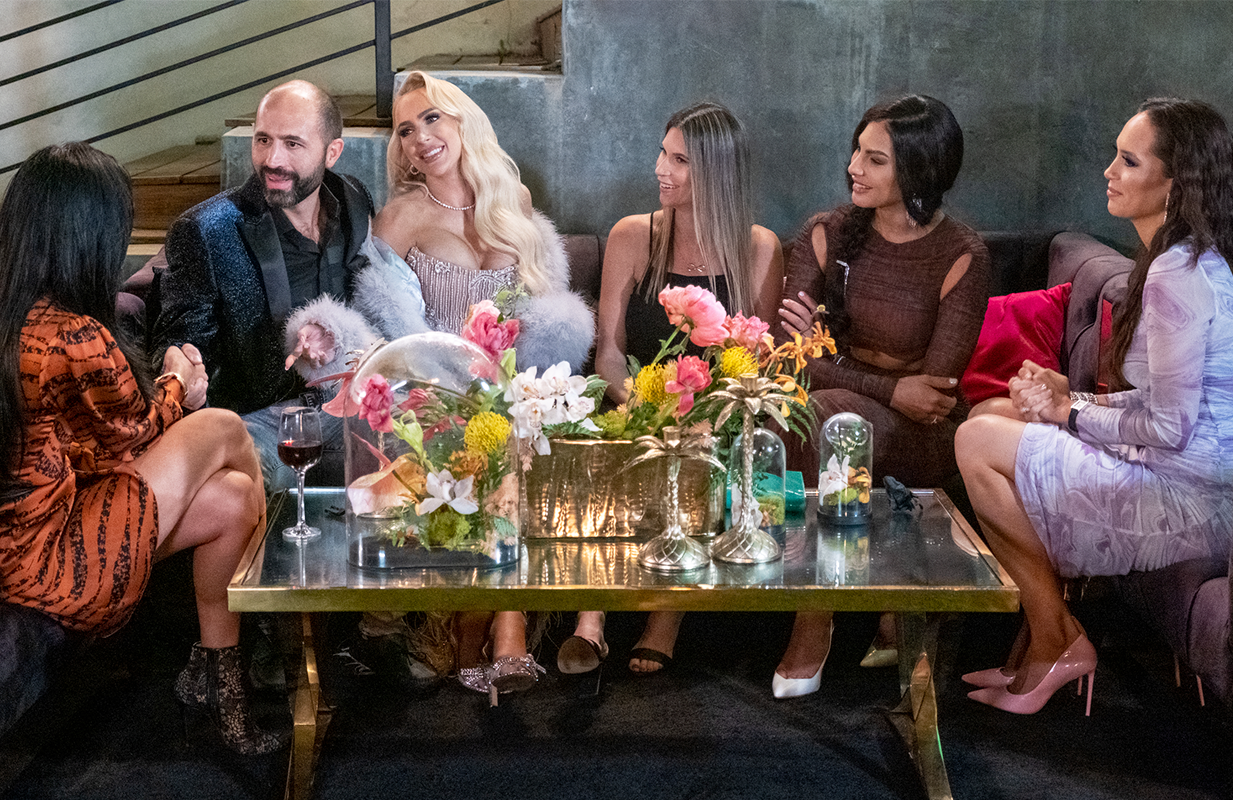 “Are you with me? Yes or no.” — Kendall Roy, Succession

Much has been written about Succession’s Roy family civil war, the conflict at the heart of the Emmy-winning drama’s third season. With patriarch Logan (Brian Cox) and his son Kendall (Jeremy Strong) at odds, the Roy siblings and their Waystar RoyCo consiglieres are forced to pick a side. In this fight, business acumen, intelligence, and charm mean nothing; the only things that matter are blind loyalty and a willingness to play dirty.

In its fourth season, a similar dispute comes to define Selling Sunset, as the women of luxury real estate brokerage The Oppenheim Group find themselves in two opposing camps: one led by Christine Quinn, the show’s terrifying-yet-hilarious Ice Queen, and the other by Chrishell Stause, the former new girl whose public divorce earned her the sympathy of a nation. Christine may not wield Logan Roy-levels of power, but her influence knows no bounds, as everyone knows that a single misstep can spiral into an all-out war.

Selling Sunset’s Christine vs. Chrishell storyline was established long ago — Season 1 ended with Christine calling Chrishell “two-faced” and a “liar” at a party, which is basically reality TV TNT — but the current landscape of alliances hasn’t always been in place. In the new season, Christine (who looks fabulous both nine-months pregnant, and three weeks post-emergency C-section) has returning player Davina Potratz on her side, and she quickly convinces Oppenheim Group newcomer Vanessa Villela to join their squad. Across the office, Chrishell has formed a tight bond with Mary Fitzgerald and Heather Rae Young, both of whom insist that they’ve barely spoken to Christine since her December 2019 wedding, which served as the Season 3 finale (the show took a lengthy COVID break before filming Season 4 in Spring-Summer 2021). Maya Vander and Amanza Smith do their best to play Switzerland, but despite their best efforts, it quickly becomes clear that a tête-à-tête over margaritas will no longer be sufficient to repair these fractured relationships.

Among the season’s most surprising developments is a new falling out between Christine and Mary. After seeming to put their differences aside ahead of Christine’s wedding in Season 3, Season 4 opens with the two long-time friends again at odds. What’s changed over the past 18 months — or rather, who? Enter: Emma Hernan, an entrepreneur slash realtor whose presence ignites an O Group civil war. As it turns out, Emma and Christine share an ex-boyfriend, and it’s possible that he and Emma got together while he was still dating Christine. The details surrounding this drama are deliberately murky — the conflict in Season 4 lies in the discrepancy between their accounts — but there’s enough bad blood that Christine sees Mary’s friendship with Emma as evidence of her disloyalty. As the season progresses, Selling Sunset’s self-proclaimed villain digs in her heels and requires everyone in her inner circle to back her version of events, regardless of the inconsistencies in her story. “You either defend me and have my back,” warns Christine, “Or don’t say anything at all.”

While it lacks the Oedipal conflict driving Succession’s Logan-Kendall feud, Selling Sunset captures the spirit of the HBO drama in that it features strong personalities vying for power in a cutthroat industry. In Season 4, the connection between the two shows comes into further focus: Christine, in her unyielding demand for loyalty, is The O Group’s Logan, while Chrishell, who’s willing to go toe-to-toe with the big baddie, is Kendall. Warily lining up behind their respective leaders are Mary, Heather, and Vanessa, Selling Sunset’s equivalent of the Roy siblings, while Davina finds her soulmate in Tom Wambsgans, a lackey willing to say or do anything if it means being seen by the Roys (or in Davina’s case, getting more airtime). In this analogy, Emma’s arrival becomes Kendall’s press conference in the Season 2 finale, the impetus behind Waystar RoyCo’s current crisis.

And lest you have any doubt that Selling Sunset has gone full Succession, Season 4 features an unbelievably embarrassing moment in which Brett Oppenheim recites a poem at a birthday party for his dogs. It’s no “L to the OG,” but it will make you cringe just as hard.

While there are limits to this comparison — for starters, Selling Sunset presents its conspicuous consumption as aspirational, whereas the lives of Succession ‘s wealthy people seem mostly horrible — there’s no denying that the Netflix reality show is looking to its prestige counterpart for inspiration. It’s fun to imagine that in this Rich People Cinematic Universe, the women of The Oppenheim Group are selling homes in the Hollywood Hills to the Roys, but after receiving one too many F-bomb filled phone calls, they finally crack and begin to incorporate their employers’ bad behavior into their own lives. The Joker turned to a life of crime for less… who’s to say this isn’t Christine’s villain origin story?

All ten episodes of Selling Sunset Season 4 are now streaming on Netflix.

People are talking about Selling Sunset in our forums. Join the conversation.

Claire Spellberg Lustig is the TV Editor at Primetimer and a scholar of The View. Follow her on Twitter at @c_spellberg.

Sky renews local version of E! comic dating format Dating No Filter for UK
Blake’s Mom Has Been Liking Shady Comments About Katie And John
Charlotte Crosby’s enjoys dinner with convicted criminal beau Jake Ankers and his MUM in
Woman swindled out of $190K by conman after matching on Tinder
‘Fast-forwarding’: The next big dating trend