Continuing with the plan to shed older and less productive tonnage, Carnival Cruise Line announced plans to retire its two oldest cruise ships. Dating to the early 1990s, the 70,000 gross ton sister ships, Carnival Ecstasy and Carnival Sensation were part of one of the first large classes of cruise ships built to expand the developing cruise industry and at the time among the largest cruise ships in the world.

Carnival Cruise Line launched the Fantasy class built by Kvaerner Masa-Yards, successor to the pioneering Wartsila shipyards in Finland, the ships were nearly 50 percent larger than Carnival’s then largest cruise ships and its first foray into the 70,000 gross ton category. Able to accommodate more than 2,000 passengers the class expanded on Carnival’s successful formula of casual cruising while adding new features such as a soaring atrium. 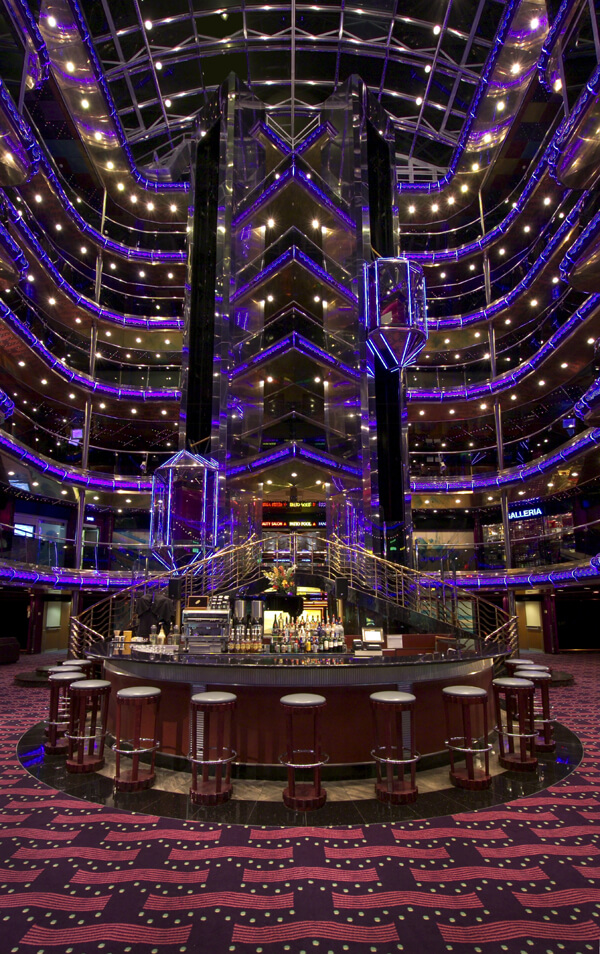 Soaring atrium was a signature element of the class (Carnival)

The Ecstasy was the second of the class introduced in April 1991 followed by her sister ship the Sensation in November 1993. The ships were versatile becoming a key part of the seven-day cruise fleet. Carnival would eventually build a total of eight sister ships in Finland becoming the stepping stone to the next generation of larger cruise ships.

While very popular, the sister ships, however, failed to anticipate the emerging preference for balcony staterooms, which would prove to be a handicap in later life. Carnival extended the life of several of the ships in the class and improved their earning power by adding balconies. However, it was a costly and structurally challenging renovation to add the popular feature. 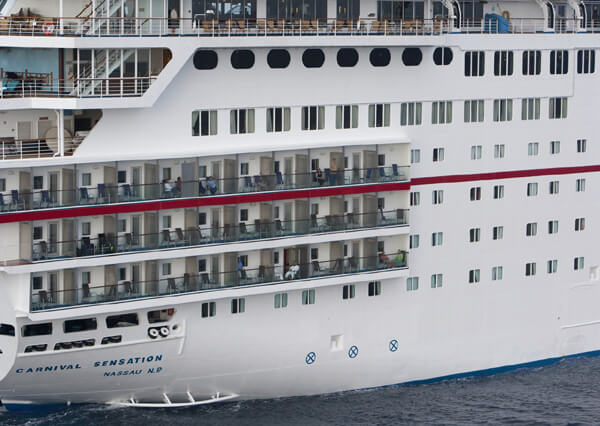 In recent years, the Fantasy class had become the leaders for Carnival’s expansion into smaller, regional markets. The Carnival Ecstasy was popular offering short cruises from Jacksonville, Florida while the Carnival Sensation was targeted to resume the cruise market from Mobile, Alabama. Four of the sister ships from the class were sold during the pause in operations, with the oldest Carnival Fantasy as well as the Carnival Inspiration and Carnival Imagination being recycled in Turkey. The Carnival Fascination found buyers in China but did not return to service and has been lingering off Sri Lanka rumored headed to the breakers in India. 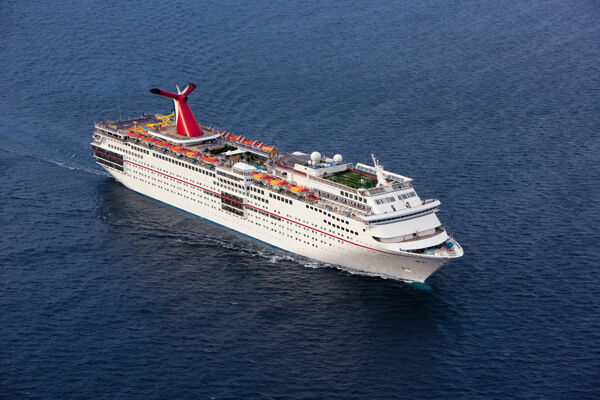 In addition to repositioning the two ships from Australia, Carnival Cruise Line will also be receiving another large ship from its sister brand Costa Cruises in Italy. The line is also adding sister ships to the new LNG-fueled Mardi Gras, the Carnival Celebration due for delivery from Meyer Werft in 2022, and the Carnival Jubilee in 2023. Carnival, however, plans to suspend cruises from Mobile starting in October 2022 till 2023 and assign a different ship to Jacksonville with the details to be announced shortly.

Retiring the two oldest ships leaves Carnival with only two members of the highly successful Fantasy class. The Carnival Paradise and Carnival Elation were later additions and included updates in machinery including becoming the line’s first pod propulsion cruise ships. Both of these sisters were modernized and currently operate short cruises from Tampa and Port Canaveral.