Moving From Hookup to Girlfriend

“I think the quality of sexiness comes from within. It is something that is in you or it isn’t and it really doesn’t have much to do with breasts or thighs or the pout of your lips. Sex appeal is fifty percent what you’ve got and fifty percent what people think you’ve got.”

Currently, the market value of relationships is very low because guys are enjoying a great deal of casual sex without strings attached. That makes life quite difficult for the girl who wants a relationship. Only when women start demanding love and respect, i.e., a higher price, in return for sex will men feel the pressure to offer commitment.

How do you go about getting into a satisfying relationship with a Quality Boy?

To review, a Quality Boy does the following:

In order to come up with a winning strategy for getting what you want, you need to figure out exactly what you are offering. You intend to offer a product in the marketplace: You. More specifically, it’s the opportunity for a worthy boy to share a relationship with you, and all of the benefits that will come from that. I am in no way advocating for deception, trickery, games or manipulation in order to get the boy you want. Rather, Hooking Up Smart is about understanding your own strengths and weaknesses, both innate and environmental, and employing that insight strategically to improve your chances of success.

You are a strong young woman who respects herself and understands her value. There is nothing common about you. You will not be taken for granted and do not sell yourself cheaply. As a girl of high value, you require a luxury product strategy. Luxury products require significant investment, and bestow significant benefits on the investor, including status. A boy who gets to be with you increases his status. Not his status as a player, but his status as a boy who can attract and keep a really great girl. Not a needy girl who desperately wants a boyfriend, but a confident girl who has options.

The Quality Boy will need to invest considerable time and effort to secure your love. That is why he will value you. His friends will know that you are hard to get, that you don’t hook up randomly, that you are a trophy girl. They may not envy his relationship status initially, but they will learn to respect it. Over time, they’ll figure out that you are a great, independent, low-maintenance girlfriend and that he is regularly having really good sex. And then they will envy him!

To lure a boy away from his natural inclination to have sex with as great a variety of girls as possible, you must offer product benefits that are unique. He must perceive that he has achieved something that was previously unattainable, and this will fulfill his need to increase his status.

So what are these benefits? If he values relationships so much, why does he avoid having one? You will have to educate the consumer. You will have to advertise and market your product so that your target market will understand what benefits will be obtained if he invests in the product. 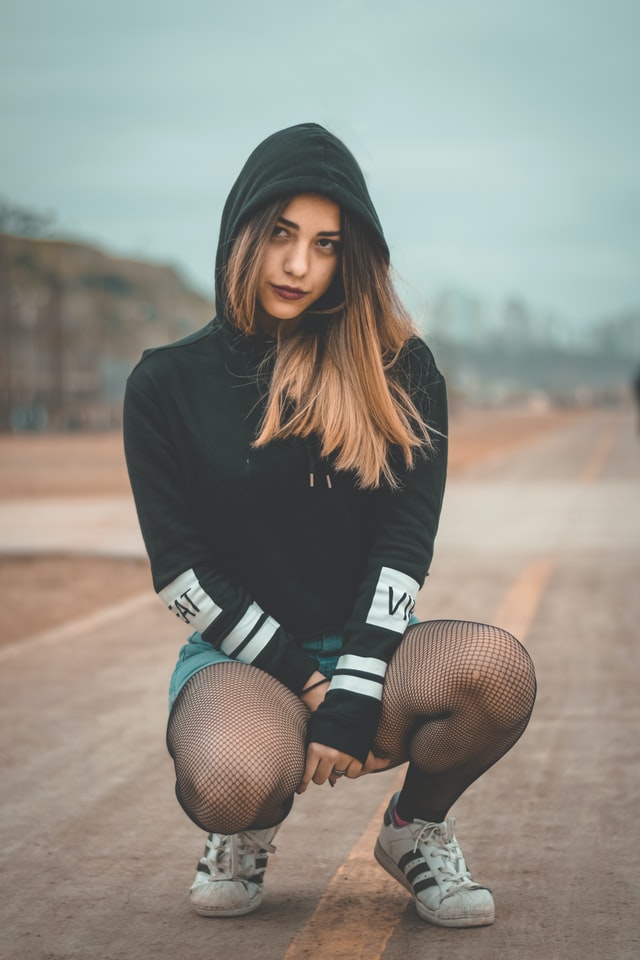 The most important thing to college guys is their social status among their male peers. In the hooking up scene, a boy’s status among his peers is highest if he succeeds in getting a ton of sex with zero strings attached. You need to offer a way for him to achieve status even if he opts out of all the random hooking up.

Realistically, it’s unlikely that the guys who are the most successful at hooking up are going to meet our standards for a Quality Boy. They may have the potential to become a Quality Boy, but if they are strutting around feeling like “the man” at the moment, then they are probably not ready for, or deserving of, a wonderful girl like you. You want to target those boys who show signs of being ready now. You don’t want to waste time with players. You need to identify a boy whose mother taught him to respect girls and be polite right out of the gate. Look carefully, and keep an open mind. They’re out there.

Once you have figured out who is a waste of time, and who is worth getting to know better, you will focus on demonstrating that being with you would enhance his status. In one college study, boys described one of the “rules” that applied to hooking up on campus: “If a girl does not have sex by the third hookup, end it.” What was interesting about this particular rule, though, was that there were three exceptions: “really hot chicks, Christian chicks and Asian chicks.” So if you happened to be one of those girls, you apparently got a little longer before you had to put out or be dumped.

Aside from the fact that both the rule and its exceptions are disgusting, it does prove that boys are willing to adjust their strategy to adapt to market conditions. They will bend the rules to obtain something that is more difficult to win. You have to be that exception. You have to be more difficult to win. That is what will deliver the status he craves from his guy friends.

Here’s a key piece of information about men: one of their most common fantasies involves overcoming resistance to obtain sex. They like overcoming a challenge to feel powerful. A guy wants to feel more powerful than you. This makes him feel like a man. It doesn’t make him a misogynist, it makes him human, and true to his nature.

Believe it or not, even though boys are defining the rules of hooking up, they feel that girls have all the power. They define it as the power to say no. And they also worry about the power women have to compare. Guys want to be with girls who make them feel successful as men. He desperately wants to believe that he is sexually powerful and able to please you sexually. This is much more likely to happen in a relationship than in a one-night stand. He will be genuinely turned on if he has genuinely turned you on. Men enjoy sex without feelings of power and conquest. But the sex is much better if he feels them.

As we’ve seen, status is the reward for successfully meeting a challenge. It is up to you to define the nature of that challenge. We all know that we do not value what is too easily won. When a guy is too eager to please, we lose interest. It’s the same with guys. They know that you would prefer not to have sex so soon. They know you are doing it to please them now for a payoff later. When you give in to their demands right away, they will enjoy the sex but find you weak, or even pathetic.

Boys do not want to be with a girl who is easy, needy or acts like a doormat. Boys want a girl who is strong, smart and feisty. Feisty girls are not monotonous, they are interesting. They fight back. Smart, strong girls keep guys on their toes. They refuse to be taken for granted. They insist on being treated with respect. And guys say they believe that assertive girls are better in bed. They think it’s sexy when a girl knows what she likes and demands it.

Many guys would say they don’t want to be committed to one girl. But connection is not the same as commitment. All humans thrive on connection to others. Relationships with girls give guys an opportunity to develop more intimate ways of relating and communicating. It gives them a break from the pressure they feel when they are with their guy friends. Guys who act sexist and offensive when they are alone with each other are capable of being sweet and sensitive when they are alone with a girl. They enjoy it, but they also need it!

Research shows that guys admit to feeling devalued and degraded at times by the experience of hooking up. They also report feeling guilty when they have deceived a girl in order to get her to have sex, usually by pretending they are more interested in her than they really are.

Furthermore, a boy will have sex with a girl he doesn’t care about, but when he is not emotionally engaged he feels repulsion immediately after having an orgasm. He will continue to have sex with that girl until his feelings of repulsion toward her and himself outweigh his sexual desire, at which point he will disappear. I have heard girls express outrage when they’ve been dumped by a hookup, claiming it’s insulting that they are not even worth a booty call. But the truth is that when a boy is using a girl, his responsibility for her unhappiness begins to weigh on him. Imagine how differently a boy feels when he does like a girl, and experiences how the sex feels when he is really into her and wants to make her happy. The brain is the most important sex organ, and that’s much more likely to be engaged when a boy cares for the girl he is with.

Loyalty and faithfulness are the two qualities that men rate highest when they are looking for a mate. Going back to our caveman ancestors for a moment, it has always been very important for men to find a mate they could trust. Otherwise, they ran the risk of helping to raise children who might not really be theirs. The best way of feeling sure that a lifetime of commitment to a woman and her children was justified was identifying characteristics in the female that made her seem impervious to the advances of other men. This is why men feel sexual jealousy easily, and why most guys want to be with someone who is hard to get. If a woman is hard to get, she probably hasn’t been with a lot of men. (Conversely, when a woman puts out too soon, a guy will immediately wonder how many other guys she has been with.) She’s very choosy, and is less likely to cheat on him in the future. If she chooses him, he has won her. She is a prize.

It is your job to be effective in advertising that you are ready and willing to provide these benefits. Many boys will resist falling in love. You must create cracks for him to fall through.

5 Behaviors That Scare Men Off

Supporting women’s rights is a top priority for female daters | by OkCupid | Jan, 2023